Tensions in tech startups are part of the game. Moving from zero to one involves so many moving parts, conflict is inevitable. The problem begins when conflicts become damaging. One of the most common and unhealthy type of conflict appears between the sales and R&D teams.

Salespeople often get frustrated when the delivery is not fast enough, and customer requests and deadlines are not met. The feeling of losing a feature war to competitors can really discourage a salesperson. Conflict becomes even greater because of the common compensation structure of salespeople. When working with an individual quota, poor responsiveness of the development team can seriously impact their commitment to their sales goals. This typically would sound like this: “If I don’t get the features I need in time, I can’t take responsibility for making my numbers.”

From the R&D side, there is a feeling that prospects are often lobbied as “hot leads” with big potential, and too often don’t end up becoming paying customers. From the R&D perspective, leads, even if not qualified, are falsely hyped with stories about strategic impact to justify an all-hands-on-deck occasion.

Almost every b2b startup can relate to this problem. However, most companies misidentify the actual source of the problem, and try solving it the wrong way.

One of the most common approaches tech companies take to tackle this problem is placing a product manager (PM) between the R&D and the sales team. PMs are expected to master the customers and the market on one hand, and to (allegedly) understand the development capacity and capability on the other. So, placing PMs as a wedge between both sides sounds like a good idea, but it’s not.

Placing a PM as a mediator who makes the final decisions, leaves the same toxic dynamic among both teams, just with a minor shift towards the common scapegoat, the PM. No matter how well the PM manages to gain the stakeholders’ trust, experienced experts will feel under-represented in the decisions that are made if they are not part of making them.

Using product managers as the decision-makers to settle arguments not only doesn’t solve the conflicts, but it creates a huge new problem, which is the inability to empower engineers to make decisions. When PMs end up in this position, it becomes inevitable for them to be the only ones who decide the scope and schedule of the delivery. Remember, that was the reason they were mistakenly put in that position in the first place. I will dedicate a separate article to discuss empowering product management.

So, if placing a PM between sales and R&D makes the problem worse by taking autonomy and ownership away from all sides, how should you solve it?

The key to start solving this problem doesn’t come from better defining who should make the decisions; it comes from what people understand. We found that most tech companies suffer from misalignment around how their people understand the level of competitive intensity. As simple as it may sound, 85% of outward facing employees, such as salespeople, believe that competition is extremely more intense than how R&D teams perceive it. Salespeople declare that competitors have as good a product, brand, and market share, as their own company does, and that competitors are moving fast. R&D teams tend to be much more laid back and confident about their company’s ability to become market leaders without much of a struggle.

Bingo. That’s the source of the problem. One team feels like they are the men and women in the arena, fighting for their lives, while the other team is perfectly sheltered from the war outside.

Once you identify this misalignment, it is not difficult to fix. We’ve seen many ways companies restored alignment. For example, a dedicated Slack channel about the competitive landscape aimed to connect the lab to the field. Some decided to involve developers in sales and marketing processes, adding developers to every sale and support call. Some changed the seating arrangements (and zoom-rooms arrangements) for closer collaboration. Some even started an internal academy, to share industry knowledge between their people.

Measuring the success of these initiatives is not easy. Introducing developers to a day in a life of a salesperson can be useful in many ways. But it’s important to remember that creating alignment around the competitive intensity will help you solve unhealthy and unproductive conflicts between R&D and sales. Once you reach that, you will have higher levels of ownership, empathy, and trust between people on both teams.

After succeeding with that, when salespeople do not get exactly what they asked for, the entire communication will be more empathetic, and R&D will do whatever it takes to come up with clever solutions to help the sales process, but mostly to help the salesperson. 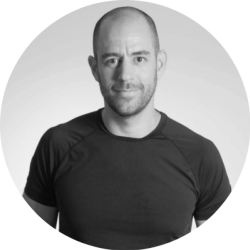 Are you in love with your data? You’re probably in a state of denial about its integrity

There’s a hole in your funnel, dear founder, and it’s caused by misalignment